In an ideal world, building great golf would be easy and the game would be infinitely interesting – no matter what course you played. In reality though, building great golf is difficult and only a few courses materialise as truly exceptional that everyone wants to play. Cape Wickham was highly challenging in this respect as it was instantly recognised by many as a phenomenal prospect.  I didn’t want to get caught up in the thrill and excitement, only to lose perspective of our goal of creating an amazing course.

So, how do you build a great golf course? At Cape Wickham unlike any site that I had seen or imagined the offering was complex and diverse. It is true links, sited right on the ocean with sand as its base material. Fescue grass was planted, ensuring that firm, running turf conditions prevailed for all playing surfaces.

Cape Wickham has a maritime climate and is located in the middle of the Bass Strait – one of the windiest stretches of water in the world. Beneath the site’s surface lies porous sandstone and limestone, which was utilised to build the entrance road to the course. At various spots, beautiful wind-blown sandstone formations exist. There is also ground water flowing just below the surface which has been captured for supplemental irrigation.

For great golf, you need to have a wonderful routing that utilises the inherent qualities of the site. The routing must flow effortlessly from one hole to the next giving golfers a rhythm that matches their cadence. A successful routing will be an exploration of the land and continuously intrigue the golfer with each outing. Cape Wickham has four distinct environments and they seamlessly work together to create a sum greater than the individual sections. The presence of the ocean throughout the round is always appreciated.

The golf course opens with a bold drive out onto the Cape Farewell headland, made psychologically tougher by a big cliff to the right of the fairway. The second tee looks West, to the tip of the land, where the green is perched on a ridge slightly above the rocks. This is followed by a stern par-3 that turns southward along the coast, whereupon you are very close to waves lapping at rocks below the green. Although the tee on the fourth hole is back against the ocean, with a semi-blind drive directed at the Cape Wickham Lighthouse in the distance, the fourth and fifth holes are primarily on the interior of the Cape Farewell headland. They sit inside the first three holes, with views of the ocean all around from their rolling fairways. Traversing the headland is a dramatic way to start the round.

Sharing a prominent location with the thirteenth tees, above the sea, the sixth tees provide a glimpse to the south of the western coast of King Island and two smaller islands off its shore. Four holes: the sixth to ninth, play inland through complex, intricate dunes  and are notable by great movement and character. This stretch of holes still has views of the ocean and occupies the best pure golf land on the property.

By more than a few, the ninth hole has been called remarkable. From its high tee, inspiring views rain down upon the eight green and fairway before tumbling and twisting towards the distant ocean. Good drives have an opportunity to reach this short par-5 in two, but conditions will dictate the prudent strategy.

Dramatically the tenth hole funnels down from this inland area to a green sited on the edge of a rocky beach, with big dunes rising on either side of the hole. Cape Wickham’s eleventh hole is a short par-3, which for all intents and purposes is practically in the sea. It sits upon the rocks of the shore while the green nestles on a small peninsula jutting out from a massive dune. It is a frightening and exhilarating hole all at once. The twelfth continues north along the coast and presents the golfer with a drivable par-4, played to a clifftop green with a wind-blown cave underneath it! The thirteenth hole returns golfers inland on a long, rolling par-5 to the clubhouse. This unusual sequencing of a thirteen-hole loop maximises the terrain and flow of holes on the outward nine.

After stopping briefly at the clubhouse for a drink golfers can bask in the view of Victoria Cove (below) and see Cape Wickham Lighthouse in all its glory. This marks the start of the concluding five hole ‘Lighthouse Loop’.

The high tee of the fourteenth oversees a very large fairway and a punchbowl green tucked beside a massive sand dune. The second shot aligns with the top of the distant lighthouse: a small reminder of the importance of this lifesaving maritime signal. Built in 1861 the Cape Wickham Lighthouse is a truly amazing structure and can lay claim to being the tallest (48 metres/157 feet) in Australia. Although the next two holes required major earthworks to achieve cohesion with the site’s natural holes, they manage to ‘hold their heads’ high. In fact they may be more memorable than most.

The fifteenth hole is a big par-5 culminating in a wonderful green set against the ocean rocks. The sixteenth tees are sited on the rocks. Waves crash against the shore, producing a dramatic view of the green, Cape Wickham’s finish and beyond the water the welcoming clubhouse.

The seventeenth tee holds a very special spot that was noted during my first visit to the site; sitting on a high promontory ridge overlooking Victoria Cove to the south, Cape Farewell to the West and the lighthouse to the north.

The home hole plays along (and above) the ‘in-play’ Victoria Cove beach, overlooked by the clubhouse. The sandy cove is idyllic: long waves roll into the sand while the water is pure and shimmering turquoise. Providing a fitting conclusion to the round the green is protected from a west wind by towering dunes. All that remains is the short climb to a frosty beverage at the nineteenth hole!

A great golf course must have great holes – and no duds. Great holes have unique features and strategies that each day allow the course to be fun, challenging and interesting. They will engage all-comers, beckoning many return visits; and each hole must contribute to the package. Above all, they cannot be boring; but this doesn’t mean that each hole needs to engage in one-upmanship.

Finally you cannot screw up the details in building the course as all aspects of a golf course are important. Individual elements must be assessed for their impact on the overall quality of the design. Numerous false moves can produce faults that diminish the greatness of a course. A ‘shopping list’ exists for that scenario including when choosing the wrong grass for the desired playing conditions unnecessarily adding features, not putting in the time for the final float of the dirt prior to seeding, or not recognising the importance of walking distances.

Cape Wickham Golf Links might be considered remote yet it is accessible with only a forty-minute flight from Melbourne. Fine fescue grasses and excellent detailing by a committed team will see the course on many avid golfers’ list for years to come. I am truly blessed to have had the opportunity to work on such a great site, in tandem with such a terrific team. All interested parties of the Cape Wickham team contributed and made sure that our great site would not be mishandled. Their commitment to such a great project is praiseworthy. Together we have fashioned what hopefully will be considered one of those rare golf courses that every golfer aspires to play. 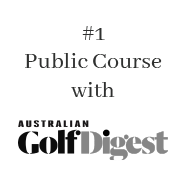 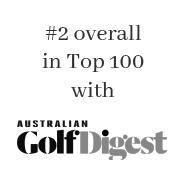 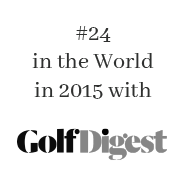